Hypoaspis (Gaeolaelaps) aculeifer (Hypoaspis A) is a soil dwelling mite which feeds on small arthropods and nematodes. It is harmless to plants and people. It gives excellent control of bulb mites in crops such as lilliums and helps to control thrips by attacking thrips pupae in the soil. Research on this strain showed it had a high propensity for thrips pupae and fed on 5 times more thrips than any other soil dwelling predatory mite studied. The trait earned it the name 'Killer Mite' by the researcher. They will also aid in control of other soil inhabiting pests such as fungus gnats. Hypoaspis A has also been used to control chicken mites (Dermanyssus gallinae).

The main targets for Hypoaspis A are bulb mites, springtails, thrips pupae and fungus gnats. These predators are able to dig much deeper than Hypoaspis miles into open soils and are therefore able to reach bulbs at 100mm. Hypoaspis A can also help reduce thrips populations by feeding on pupae in the soil. This is not sufficient to control thrips on its own, but can be very important when used in conjunction with Orius tantillus and Neoseiulus cucumeris which target thrips in the plant canopy. If both thrips and Sciarid flies are a problem, Hypoaspis A can be used in conjunction with Hypoaspis M.

Suitable crops include propagation and bedding plant nurseries, vegetables (capsicum, tomatoes, eggplant, cucumber), ornamental bulb crops (lillies, orchids, begonia, cyclamen, freesia, tulips, daffodils), and herbs. It is primarily used in greenhouse production, but can also be used in the field. Hypoaspis A will establish in most greenhouse conditions and most growing media, including potting mixes, soil, coconut coir, rock wool and perlite. It will not tolerate flooding or water logged areas, but will not be harmed by regular watering provided the media has good air porosity. Hypoaspis A should be used in conjunction with Dalotia coriaria (Rove beetles) which can tolerate saturated conditions.

Best results are achieved when used preventatively (before pests are observed) or when pest populations are low. Where there is a history of pest pressure, Hypoaspis A should be released into each container at the time of planting and again 2 weeks later. Bulbs can be treated in crates at the time of planting or 1-2 days prior so they can penetrate the bulb prior to planting, or as scutes after hot water treatments. Alternatively, apply the predator media over the soil surface in line with the rows immediately after planting while soil is loose so mites can dig down easily. Areas of greater infestations must be identified as soon as possible for more concentrated treatment or possible alterations to practices. Where they are used in flowers to aid control of thrips, several applications are recommended. Only use toxic insecticides as a last resort if pests levels are extreme, then revert back to preventative releases of beneficials after control is obtained.

Hypoaspis are packaged in a pasteurised peat and vermiculite mix and are sold by the litre. Each litre contains at least 30,000 mites of all life stages. Thoroughly mix the contents of the bag to evenly distribute the mites. Spoon a small amount of material into each container or in the case of bedding plants, sprinkle the material over the surface of the growing media.

Each litre will treat 40-100m² of seedlings or cuttings at propagation, 200-300m² of bedding plants, or 400 to 600 pots (150mm) preventatively. Use the higher release rates if pests are already present. Repeat 2 weeks later. Each new batch of seedlings will require retreatment.

Hypoaspis should be released as soon as possible on receipt. If this is not possible, they can be stored at 8-12°C for 1-2 days.

Hypoaspis are more tolerant of many pesticides than most other beneficial species provided the chemicals are not drenched through the soil media. However some, particularly pyrethroids are toxic and should be avoided. Contact us for more information on chemical compatibility.

Orders are sent via express courier services on Monday or Tuesday of each week, and usually arrive within a couple of days. Orders received after noon on Tuesday are sent the following Monday. Prices are on a sliding scale i.e. the more that is purchased over a monthly period, the lower the price will be per unit. Freight is charged at cost. 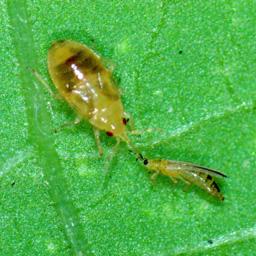 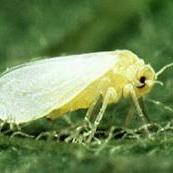 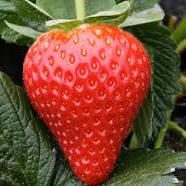